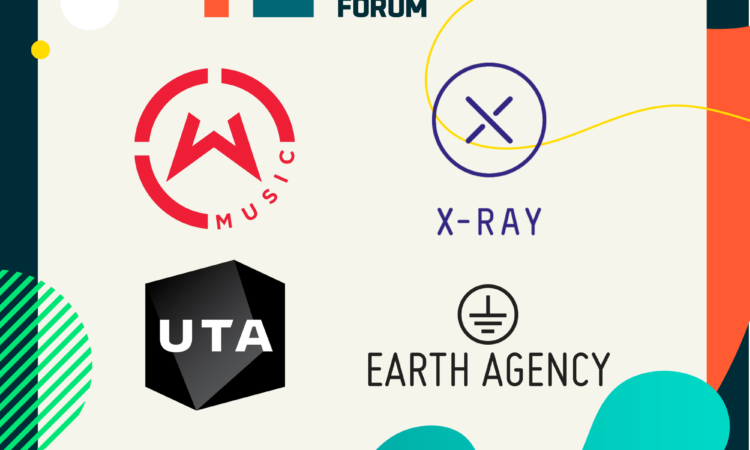 Here’s the first round of Partner Agency showcases at IFF 2022…and what a line up…!

X-ray Touring will kick off IFF’s daytime showcase schedule on Weds 28 Sept. from 14:15-15:45 at PowerHaus. Gigi Moss has a slate of singles and a second EP on the horizon, following a sync on Love Island, and the music of Brooklyn-based experimental pop outfit Psymon Spine oozes with approachable melodic hugeness on first contact.

Also on the bill are This Feeling-signed The Native, who recently completed an incendiary headline tour and graced arenas as guests of Bastille, and Australian musician, artist and occultist, Zheani, who has amassed 50 million streams and fuses music, ritual, photography, erotica and performance art.

On Thurs 29 Sept. from 14:15-15:45 at PowerHaus, Wasserman Music present Glasgow’s Dead Pony, whose sonic aggression and battle-ready choruses has seen them captivate listeners on BBC Radio 1 as well as crowds at Glastonbury and on tours with Twin Atlantic, Lauran Hibberd and more. And songwriter & songstress Debbie brings her reflective but effortlessly relatable lyricism, and rich, resounding voice.

Alt-pop newcomer flowerovlove is making waves in the music and fashion industries, drawing attention to sustainability and the importance of preserving the earth around us, and Piri & Tommy have seen explosive success on TikTok with their single Soft Spot, reaching #1 on the UK chart with, and hitting the Radio 1 playlist as BBC Introducing’s Track of the Week.

Capping IFF’s live programme this year, United Talent Agency will present three emerging artists under its up-and-coming music brand, Hear This. From 23:00-02:00 on Thurs 29 Sept. at Camden Assembly, performances include FAT DOG, whose bio reads “Through the subliminal powers of the dog, especially that of the “fat” variety, one may even witness the regrowth of one’s hairline.”

Panic Shack crashed through the UK music scene with a tidal wave of ear-crunching noise, immediately building up a reputation for their raw, unapologetic live shows and off-kilter songs, and Blackpool-born ZAND, the self-proclaimed Ugly Popstar – who coined the term “ugly pop” to describe not just their malevolent sound, but an unflinching commitment to facing down demons of all forms.

You can view the full artists lineup by clicking here

Listen to all the showcasing artists via the Official IFF 2022 Playlist by clicking here.