Your Next Headliner: Climate action

We’re not kidding. There is no getting around this emerging act today – and most certainly not in the future. A return to business as usual in the touring and festival industry is a dead-end and unimaginative aspiration. We’re now in the time of radical cooperation and creativity, stepping up and into our power and responsibility as an industry which reaches millions of people daily. From getting our own house in order through design, routing, deal structures and riders, to using our voice and influence with audiences, governments and other business sectors, there is work to be done.

Through the lens of the artists booking process, we will discuss the big win actions we can take today, and the foundations to be laid for the long game. Prepare yourself today for what will be uncomfortable certainty by the end of the decade at the latest – climate goals, emission budgets, clear measures. Be inspired to lead the way to the future we want to leave for our children. Seriously: if we don’t do this, who will? We have less than ten years for this transformation – it’s a challenge, but opportunities are there for the taking. 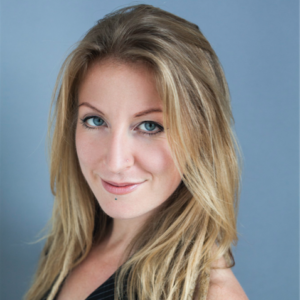 Co Founder and Director of A Greener Festival (AGF), organiser of the Green Events & Innovations Conference (GEI), and Chair of the Green Working Group for the Association for Electronic Music (AFEM).

Co-founder of AGF since 2006, which set the standard for green events and has since certified hundreds globally for “A Greener Festival Award” from Glastonbury to Roskilde Festival, created the Green Artist Rider with Paradigm Agency, delivers sustainable events training globally, consults with major music and events organisations for their sustainability strategy and actions, has a network of AGF Assessors based in over 25 countries, and in 2020 launched A Greener Activation for brands, and “A Greener Arena Award”.

Claire organises the Green Events and Innovations Conference (GEI), established in 2008, which has become the key European gathering for the live industry dedicated to sustainability, in partnership with the International Live Music Conference (ILMC) each year in London.

As part of Arcadia Spectacular, Claire works as Show Producer and Aerial Performer at Glastonbury Festival and on international Spider Stage tours. Additionally, Claire is a Director of the not for profit arm “Arcadia Reach CIC”.

Formerly General Manager of the Association of Independent Festivals, New Media and Licensing Manager at Media Records, and varied live event management roles spanning 15 years; plus flying off the London Olympic Stadium roof dressed as a Mary Poppins in the 2012 Olympic Opening Ceremony, to defeat Voldemort with a brolly. 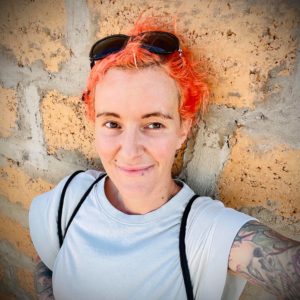 Somewhere between project and event manager by title, with wide experience from music industry business, social sciences, marketing and communication, IT and even aeronautical science, today responsible for organisation and promotion of biggest music festivals in Slovenia: MetalDays. Vegan by heart, photographer by quest. Recently moved permanently to Zanzibar, Tanzania where passion will be come reality; together with her husband they are building Holistic Therapy Center with focus on offering different therapies and practices that will include yoga, meditation, fasting, detoxing, integrated medicine, therapeutic and restorative yoga, horticultural therapy, and more. Passionate about ecology, sustainability, and environment, in her (not so) free time also mini-chef in our plant-based food home-cooking kitchen, with a clear vision of the future where sustainable, low carbon foot-print, zero-waste events are not fiction anymore but a reality. 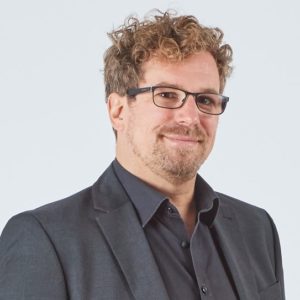 Holger Jan Schmidt is one of Europe’s leading networkers in the music festival branch. Among various topics he has a special focus on sustainability and social responsibility for festivals and events. Holger is General Secretary of YOUROPE – the European Festival Association, the most important representation of European popular music festivals with more than 100 members from 25 European countries. Part of his duties is the project management of the international Take A Stand initiative and campaign for the (live) music sector, which was launched in 2017 to create a movement encouraging social cohesion in our society as well as promoting awareness and tolerance. He also leads the pan-European think-tank GO Group (Green Operations Europe) that focuses on sustainability related and environmental issues at events.

Holger looks back at more than twenty years working at Germany’s biggest admission-free festival RhEINKULTUR in Bonn with a daily audience of 160.000, being in a leading position from 1998 until the festival’s last edition in 2011. Today Holger is a booker, consultant and part of the management teams of various festivals among those DAS FEST in Karlsruhe and SUPERBLOOM Festival in Munich.

Holger is the co-author of the book „stay SOUND & CHECK yourself“ dealing with stress and mental health in the live music, festival and event industry and he co-wrote the „Sounds For Nature guidelines for environmentally friendly events“. Holger holds a diploma in media economics from Rheinische Fachhochschule Cologne and was a lecturer for “Sustainable Festival- and Event Management” at Hochschule Fresenius (Fresenius University of Applied Sciences) in Cologne and Düsseldorf. Also he is an active musician himself.
www.yourope.org
www.take-a-stand.eu
www.go-group.org 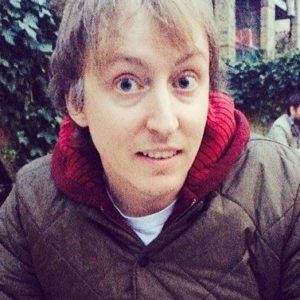 Tom Schroeder has been an agent at Paradigm Agency (previously Coda) for over 20 years, and a partner for much of that time. He personally represents a wide breadth of artists from The xx to Years & Years to Disclosure, slowthai, Sampha, FKA Twigs, Annie Mac, and Tom Misch. 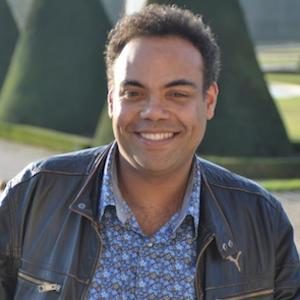 Jerome started Earth Beat with 2 partners in 2002 after more than 10 years experience as sound engineer and tour manager with various artists touring around the world.

Earth Beat started out as an agency for “world music” in the Benelux countries and has gradually expanded into a company with a theatre division ( operating in Holland and Belgium until 2013 ) , an international agency and as promoter in the BeNeLux.

Within the team of Earth Beat Jerome is responsible for most artists coming from or going on tour to Asia and the Pacific, he has scouted and worked for artists as Hanggai, Jambinai, IDIOTAPE, Otoboke Beaver, Zee Avi, Go Go Machine Orchestra and others.

Earth Beat has a focus on artists from around the world for years now. We proudly represent bands from all continents, some who are incredibly popular in their own countries and have taken the step to conquer the rest of the world and some who, by performing around the world, became popular in their own countries as well. In an era with high speed internet connection and easy accessible air traffic it’s not that unusual that we come in contact with other cultures. The Chinese-Mongolian band
Hanggai previously played Bonnaroo, Fuji rock, Lowlands, Sziget, Roskilde and even mega heavy metal festival Wacken open air. Jambinai from Korea has taken the step from local indie band to performing all over the world and signed to UK indie label Bella Union who released the first 3 albums by the band to date.

Annually Earth Beat organizes around 350 concerts of which 60% at festivals, clubs in the Netherlands and Belgium and the rest around the world but mainly in Europe.
Jerome also works in artist management and is program advisor on Asian music. He has been a jury member for showcase festivals as APaMM, Womex and Jazz in Seoul. He also speaks at music conferences and gives lectures on music (management) related matters. In 2019/20 Jerome was a mentor in a EU initiative to train young world music managers. In March 2020 Jerome co founded United Independent Music Agencies (www.uima.org) to gather more support for the artists in the music industry during covid-19 and to look into ways to create a more sustainable ecosystem, in all her aspects, for artists and all involved in the music industry.